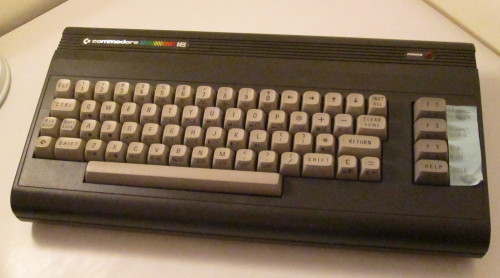 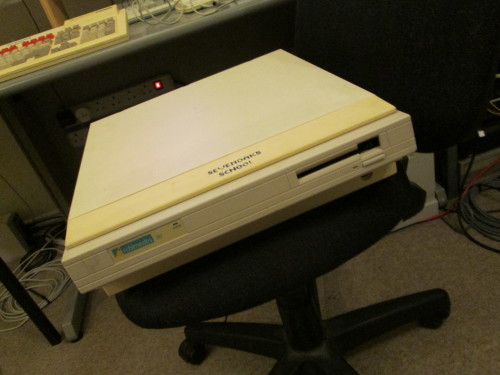 This is an Acorn Archimedes A310, serial number 27-AKB15-1014889. The A300 series were the first commercially-available machines with an ARM CPU: extremely fast, with 256-colour bitmap graphics, and a decent OS with an excellent GUI. (The file manager I use under X is a clone of the RiscOS one.) 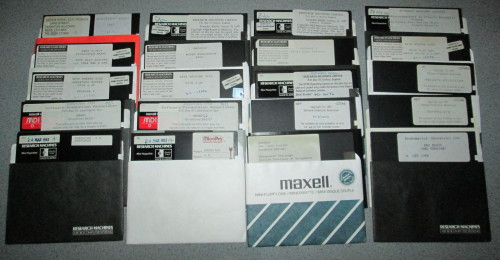 The CP/M-based Research Machines 380Z/480Z series were a competitor to Acorn's BBC Micro for the UK schools market in the 1980s. The RM machines were popular enough initially that quite a bit of educational software got released on both platforms. While I've never used an RM CP/M machine myself, I'd acquired a box of (what I thought were) RM disks in the mid-90s, and a bit of searching revealed the 380Z group who were trying to build a comprehensive collection of RM software. 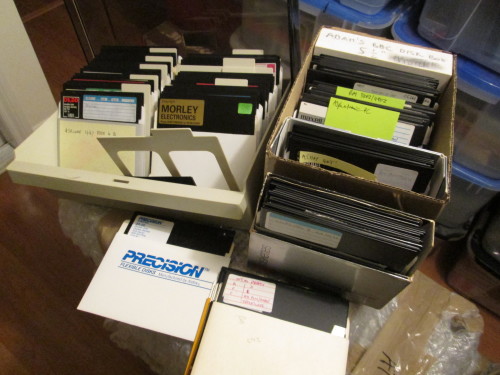 I had 5.25" disks in various formats: PC, BBC, RM380Z, and Commodore PET/C64, plus several that weren't clearly labelled. Probing and reading disks in FM/MFM formats should be a good deal more convenient on a PC than on the BBC, so the next job was to hook up some 5.25" disk drives to my disk imaging machine.

I thought it'd probably be worth going through the older hard disks in my junk box... 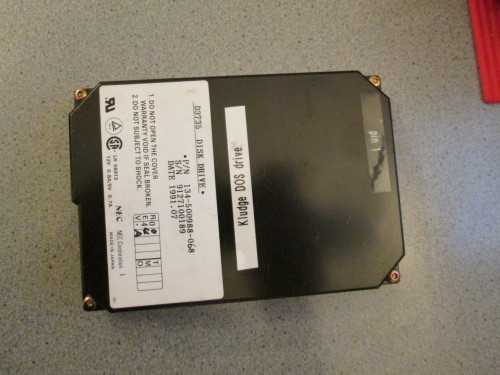 Kludge was a 286 machine without a case; I used it for PIC development under MS-DOS, and to play with Minix. (The reason it didn't have a case was that I stole it for the 486 I was archiving a couple of weeks ago...) 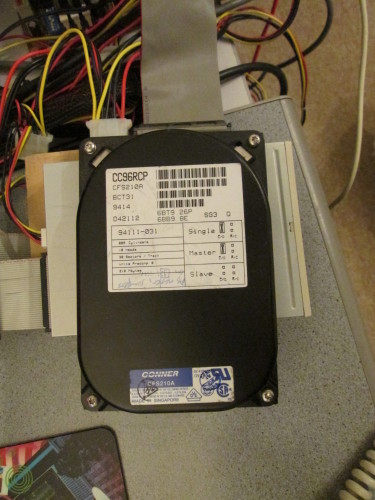 I'd grabbed this Conner CFS210A hard disk from my junk box — according to Hard Drive History, one of the pioneering Chinese-made hard disks — but having installed FreeDOS on it I couldn't get it to boot...

... wait a minute — what machine did that disk come out of? Shouldn't I have imaged it first before overwriting it?

Luckily I knew that I'd only overwritten the start of the disk, with a new partition table and a tiny partition for FreeDOS. I was pretty sure this wasn't from one of my machines, but now I was curious... and with FAT filesystems, I knew that you could corrupt much of the start of the filesystem and still be able to reconstruct it. So here's a worked example. 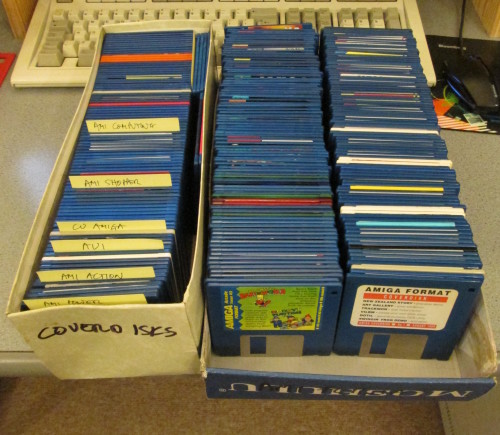 In addition to old computers, I've also got quite a few 80s and 90s computer magazines, mostly Amiga- or Acorn-related — most of which are now available from the Internet Archive. Lots of these magazines came with coverdisks; I was originally planning just to image the more interesting coverdisks, but wound up doing the lot (which avoided having to decide which were interesting!). 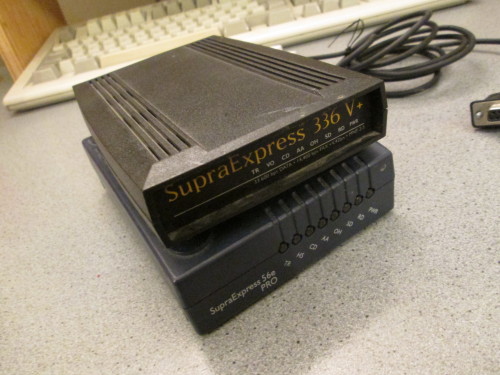 The first email service I had at home was through FidoNet: my Amiga 1200 was 2:440/6.18, a point off Mick Spice's Chatterbox BBS in Larkfield.

One of the Amiga backup disks I found contained the data files for my FidoNet client — a complete archive of my FidoNet email. However, it was a Maxell MF2DD floppy. I'd found several of these that took multiple tries to read successfully with transadf, and this one gave errors no matter what I tried. Since the errors were being reported in different places on the disk each time, I decided to try reading the disk several times to see if I could assemble a complete image... 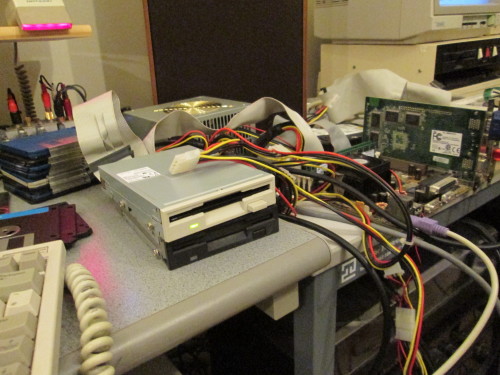 Hooking some 3.5" floppy drives up to my disk imaging machine meant that I could finish off the remaining PC floppy disks, having already read the double-density ones using the Amiga. 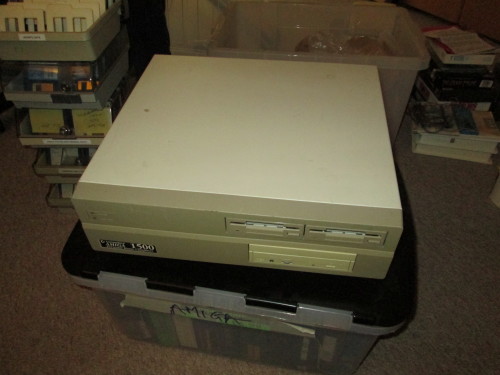 Amiga users who aren't from the UK may be wondering what an Amiga 1500 is — it's just an Amiga 2000 with dual floppy drives, and a paper sticker over the nameplate on the front.

To be archived: two SCSI hard disks — including a virtual disk for a KCS PC emulator.